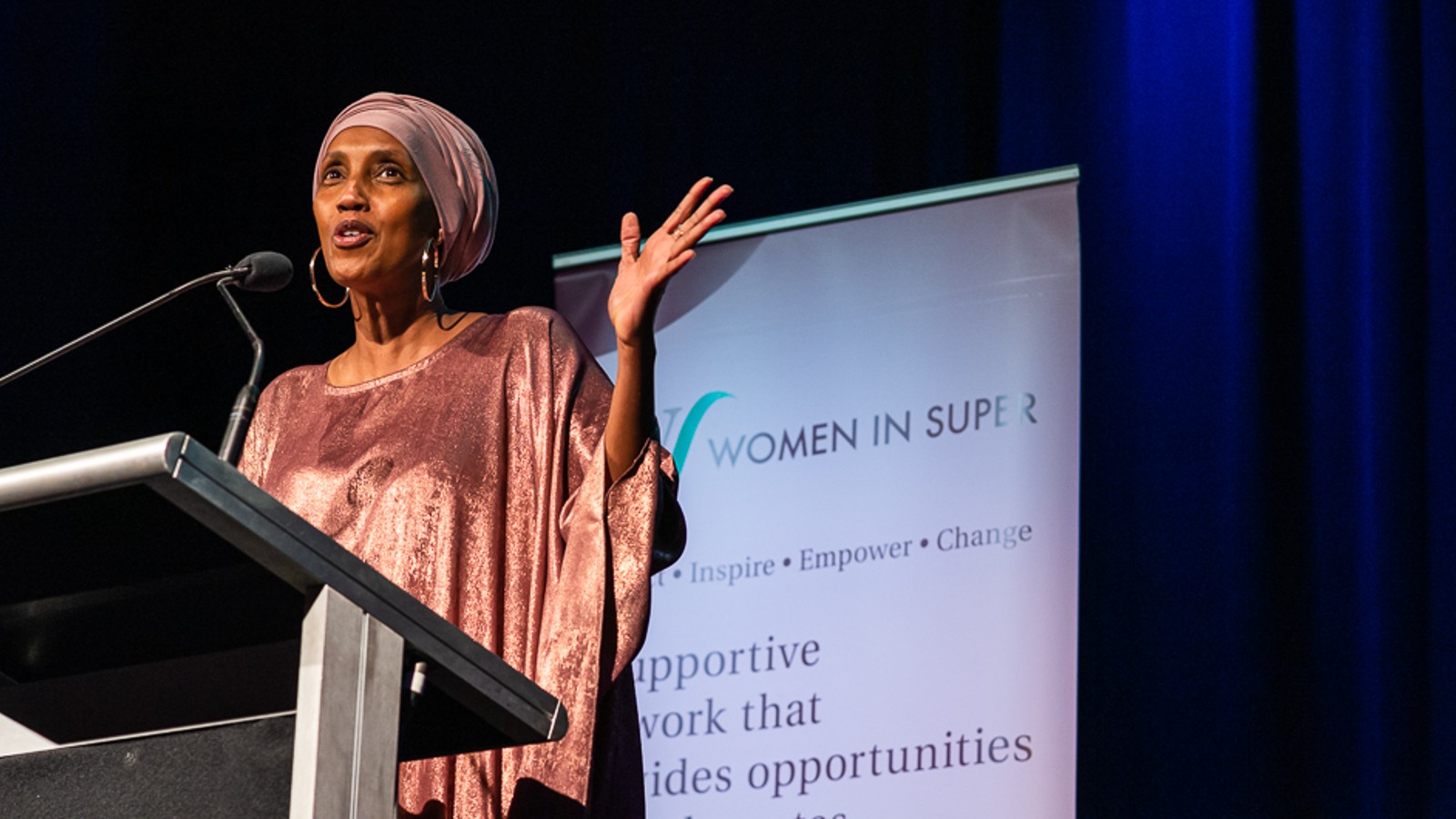 After a couple of years in which physical isolation became the norm for many Australian women, Women in Super’s 2022 Mavis Robertson International Women’s Day lunch provided a welcome reminder of the power generated when women work together.

In fact, women supporting each other is a stronger driver of change than almost anything else, according to Suzi Chinnery of CARE Australia, who launched the aid agency’s Her Circle campaign at the Melbourne Mavis Robertson International Women’s Day lunch.

“Women together are stronger and women supporting women is a fact of life globally,” she said.

“Research across 70 countries over four decades, found the mobilisation of women's organizations and movements is more important for tackling violence against women and girls than a nation's income, progressive political parties, or the representation of women in politics. The genesis of this power is individual women.”

But, as Ms Chinnery reminded the audience, women are denied a fair share of resources such as money, education and leadership opportunities. They are more likely to die or be injured in an emergency, are disproportionately impacted by climate change and bear the brunt of poverty.

“We're shining a spotlight on how when women lead everyone benefits, because we know that when one woman escapes poverty, she brings another four with her,” Ms Chinnery said of CARE Australia’s “Her Circle” campaign.

CARE calls that the multiplier effect, and it is working to promote economic justice as part of its message.

“We when a woman can access education, she's less likely to die in childbirth and more likely to have healthy babies due to better knowledge of proper nutrition, hygiene and childcare. She'll have a better chance of earning an income, and as a result is more likely to send her children to school, ensuring the next generation of educated as well. In fact, every additional year of schooling a girl receives can increase her income by up to 20%,” Ms Chinnery said.

“We have to rewrite the rules that prevent women and other marginalised groups from accessing the resources and opportunities they need.”

One woman’s quest for community in a new country

Mariam Issa knows well the importance of resilience and community, and the former refugee and social entrepreneur shared her story in Brisbane, Sydney and Melbourne, in houses packed for the annual IWD lunch.

From Somalia, Mariam and her family spent eight years displaced in other countries before arriving in Australia in 1998. With her husband and four children, she settled in housing commission accommodation in Brighton, a well-heeled bayside suburb of Melbourne.

Isolated from her wider family and community, post-partum depression after the birth of her fifth child compounded her misery. She says her family spent their first eight years feeling like victims.

But eventually, a couple of events stopped that feeling. The first was when her youngest child came home from her first day at kindergarten. Packed off full of excitement that morning, she returned in tears. “They don’t want me because I’m black,” the child sobbed. Mariam’s ‘victimhood’ transformed into anger and action.

The second event came when Mariam was looking out her window on a cold winter morning. She saw a perfectly made-up white woman in lycra, pushing a pram with one hand, holding a dog’s leash in the other and jogging.

“I asked myself ‘how did she DO that?’ The image of her comes back to me every now and again when I need inspiration, because somehow that woman sent me a permission slip that morning, as if to say ‘if I can do it, so can you’,” Mariam said.

“At that moment, I was reminded of the strength and resilience of the African women I grew up among.”

Those women would get up before dawn to harvest their crops, tie their baby to their back and swing the heavy basket on their heads before walking the equivalent of a half-marathon to market.

It was a long way from a woman multi-tasking while jogging in Brighton, but Mariam was intrigued and promised herself to know the community. She started working as a house cleaner locally and slowly made friends, including with the jogging woman.

“When my fears crept in, I reminded myself of my nomadic ancestors, their qualities of resilience and adaptability, and this gave me the courage to continue,” she said.

“I feel very blessed because my family and I have come out the other side of adversity triumphant. Now my passion is to give back and to unlock potential, to inspire greatness in others. My contribution and purpose of my work is to connect through our stories, strengthen our cultural narrative, and share the tools we acquired along the way.”

Mariam co-founded RAW (Resilient Aspiring Women), which brings women from all cultures together to share their stories and customs through food cooded from a communal garden. She has also explored her own story in her book A Resilient Life.

She shared with and urged the WIS audience to think about her favourite words from her Somali mother – a craftswoman and story teller.

“She weaved strong and beautiful baskets, rope and matts, and whenever she started a project she would gather us around and tell stories about it,” she said.

“The story I love the most came when she was weaving a new mat. She said we should sit on your old mat to create your new.  This way, you can see the mistakes and patterns in your own mat and adjust accordingly. And she would warn us to remember that we are the creator - every time I sit in contemplation, looking for answers I am reminded of her wisdom.”

Where we stand on the 2022 Federal Election Community and resilience keys to female success Vale Helen Hewett, AM Historic superannuation inequality for women and low-paid workers finally removed COVID sharpens the caring crunch for Australian women