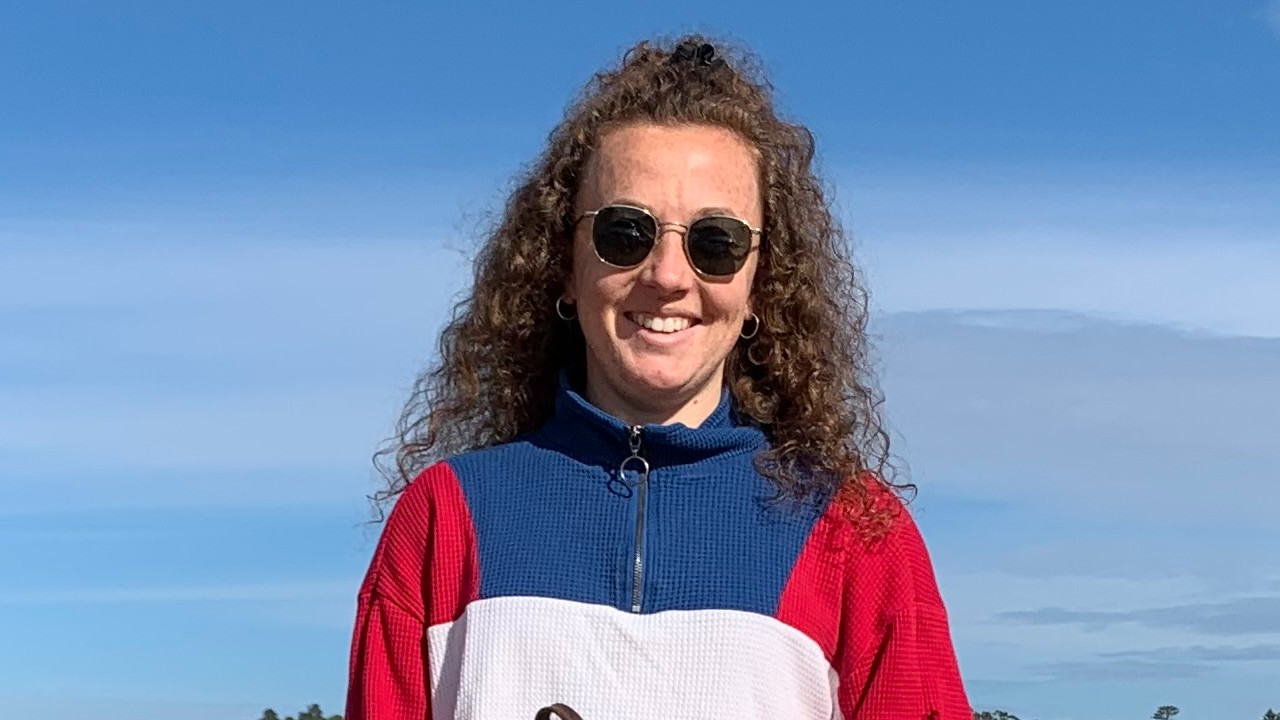 Women remain underrepresented in senior leadership despite outnumbering their male counterparts at graduate level. Thea Blyth looks at her career journey so far and the strategies that have helped her succeed and grow.

Changing career paths and moving countries can be challenging at the best of times, let alone as a pandemic sends the world into lockdown. But that's the situation Thea Blyth found herself in after travelling from London to Sydney in early-2020 to take up a new role in the Platform Sales team within Securities Services at J.P. Morgan.

"I still have clients that I haven't met in person, which has felt strange," she says. "But I know it's not unique to me and everyone's going through it."

It added an extra challenge to an already daunting move. While she had worked with major asset managers across Europe, the Australian superannuation landscape was new. "There was definitely an element of risk that the team were taking on me because a big part of the role is covering superannuation clients and I was working in a new market."

Women remain underrepresented at every senior level across corporate Australia, comprising just 17.1% of CEOs, 25.8% of board members and 30% of key management positions[1]. "What's really important to me is having role models. I didn't know anyone or have any family who worked in finance – it's been a whole new world for me,” she says.

Role models inspire the next generation, but informal mentors and advocates provide practical advice and promote women for leadership positions. For Thea, they have helped her move forward in her career, as has learning the art of self-promotion.

But while she has an admittedly competitive side fired by a sporting background (she graduated with a BA (Honours) degree in sports science and English), self-promotion hasn't always come naturally. "Everyone across our industry is a top performer, and unlike school and university, you can’t just allow your work to speak for itself. I had to learn very quickly that you need to make sure people are aware of what you're doing," Thea says.

Many women still find it uncomfortable to promote themselves. A recent study found that women’s propensity for self-promotion can be limited by fear of how other people might react[2], but overcoming that obstacle helps tackle implicit gender bias.

Thea believes that the key to more women becoming confident in promoting themselves and their work is down to the collective. “As Venus Williams once said – ‘the success of every woman should be the inspiration to another. We should raise each other up’. Ultimately celebrating the successes of one another will ensure everyone knows what we’ve been up to.”

The power of putting yourself forward and networking

Thea suggests young people entering the industry should involve themselves as much as possible and not feel afraid to ask questions.

"It's a people business. You need to keep your own spark but you're also a product of the environment that you're going to be working in,” she says. “Listen to people, ask to go to meetings with them, join client calls, and you'll gradually take all the best bits of everyone that you work with away with you. That’s a great way to compliment your own skill set.”

Putting herself forward for new projects was one of the ways she was able to prove herself over several years after initially joining J.P. Morgan as a graduate sales analyst following a summer internship. "I was probably that keen person who was always putting my hand up and wanting to get involved and do more – any opportunity to get stuck in, I was always there, trying to be front and centre.”

After six years, she knew it was time to pursue a lifelong dream – to work abroad. She decided to discuss it with her manager. "I was able to say to him that I was happy in the team, I was happy with what I'd achieved in a relatively short period of time, and I felt like I was going in the right direction, but at the same time... I was ready for a new challenge."

That solid relationship and her performance provided the foundation for her to take the new role in Sydney.

With Sydney in the throes of another lockdown, forming new relationships and networking remains confined to the virtual world. But while it may be harder, it remains a crucial element of career development.

As well as agreeing to participate in a panel at the recent Women in Super Breakfast at the Conference of Major Superannuation Funds, Thea has also been putting herself forward for key diversity and inclusion initiatives at J.P. Morgan. “I joined J.P. Morgan’s Women on the Move committee, which has been a huge help connecting with female colleagues around the business. It’s been great to build a new network, and also have an opportunity to directly shape initiatives that will help other women across the business.”

The launch of our new policy priorities "No doubt, there is more to be done" 30th Anniversary of Super Where we stand on the 2022 Federal Election Community and resilience keys to female success